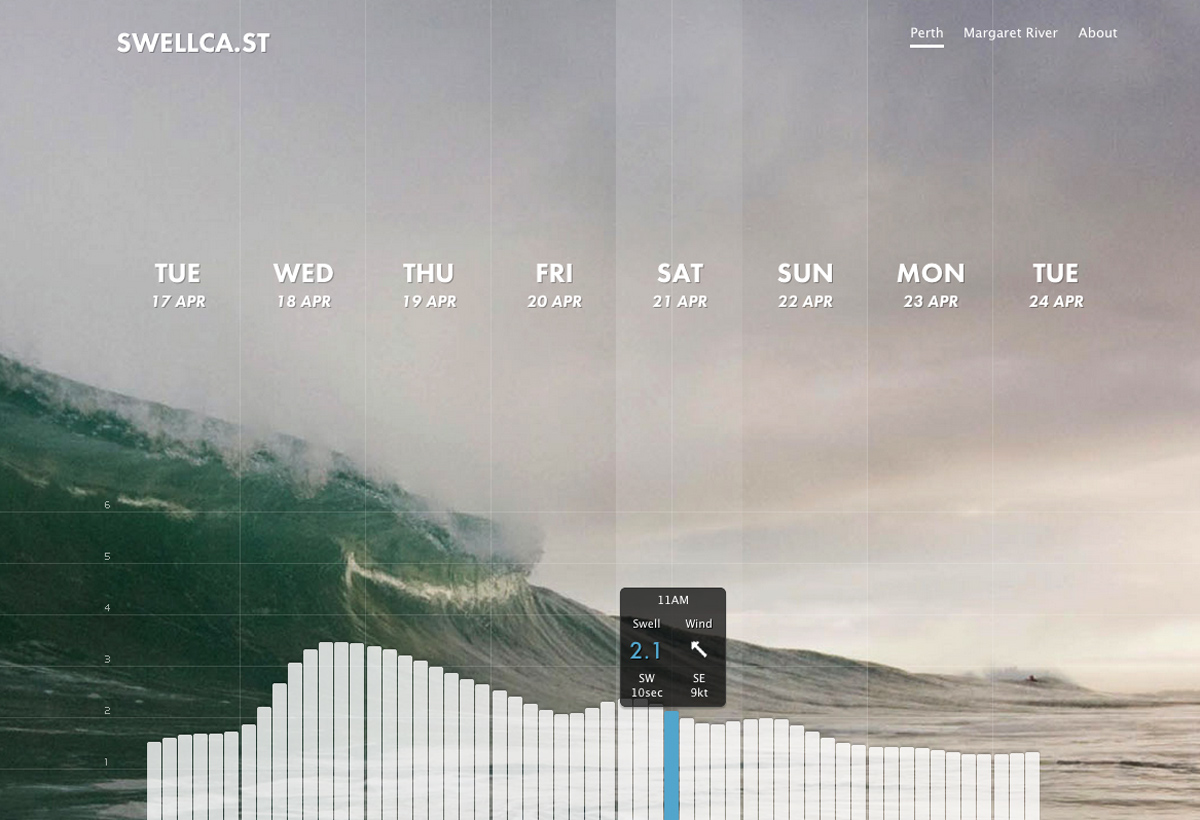 A personal project launched in 2012, Swellcast was my take on a surf forecast solution. Extracting GRIB data from NOAA’s Wave Watch III program every 3 hours, the app transformed and stored the data locally, such that it could be presented in a purist interface via a Ruby on Rails app. Starting with locations in Western Australia, I expanded coverage to the East Coast, and eventually launched both iPhone and Android applications running off the Ruby on Rails API.

The project was widely acclaimed, but ultimately did not prove to be a self-sufficient business model. I loved every minute of the design and development process, and gained valuable skills working with meteorological data in a web development context.

Email me at ray.stone@finelysliced.com or complete my enquiry form.